On December 29, the award ceremony was held “Uzbekistan Sports Awards-2021” at the Hilton-Tashkent Hotel. The event was organized by the Ministry of Tourism and sport of Uzbekistan and SUE "National PR Center”.

The award ceremony of best athletes of the year was organized in purpose of incenting and improving the high sports skills of athletes of Uzbekistan who have achieved the highest results and glorified the country in the international sports arena. 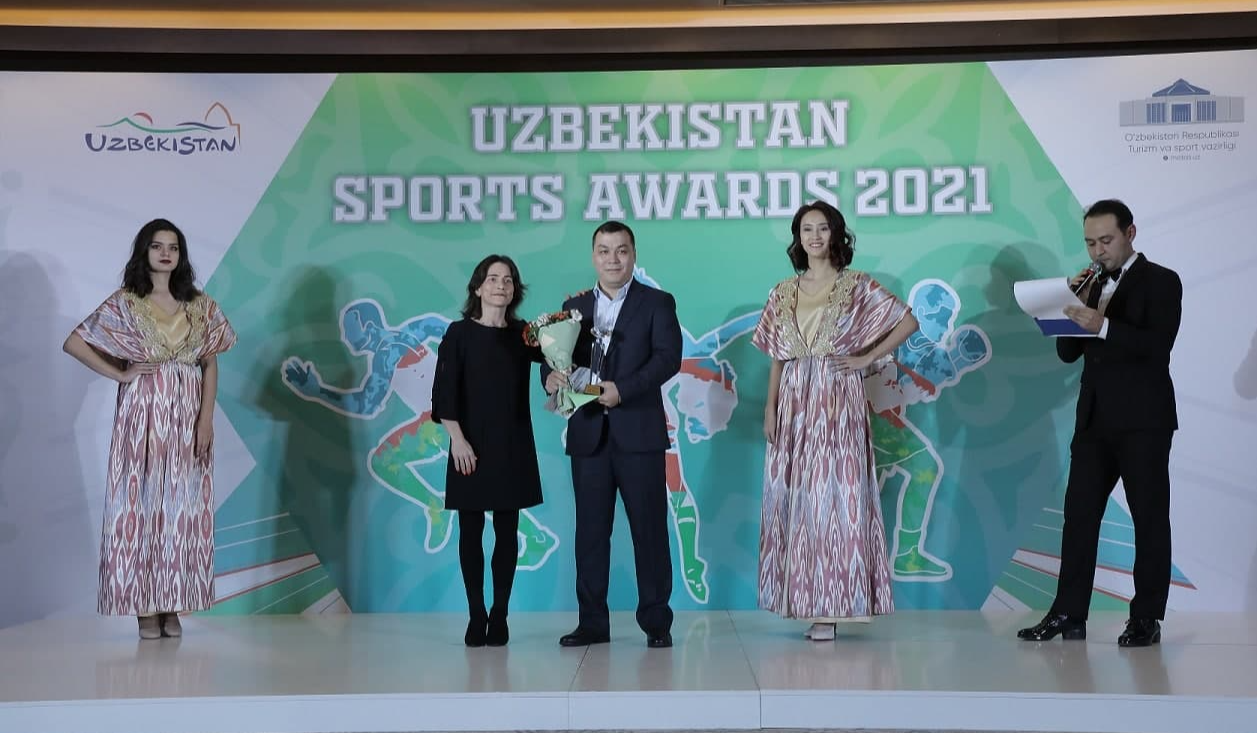 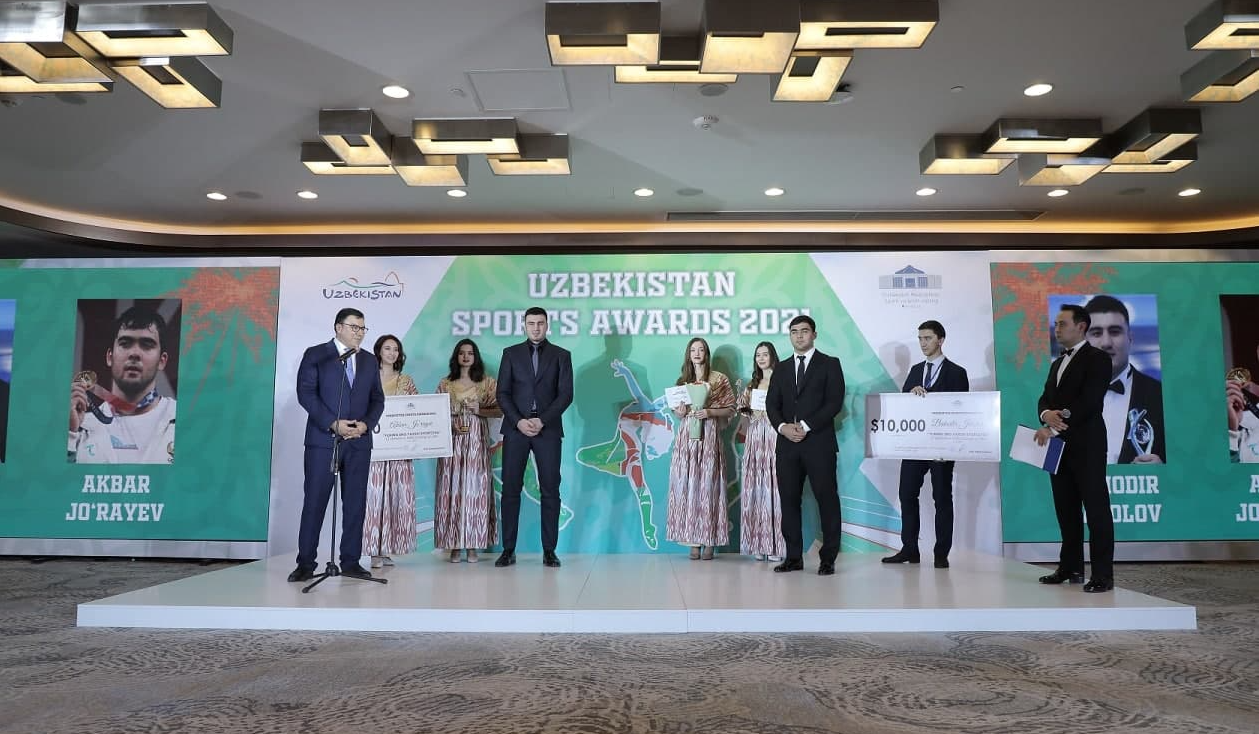 Prominent sports figures were invited to award the nominees, among them were Secretary General of the NOC of Uzbekistan Oybek Kasymov, Olympic sports legend gymnast Oksana Chusovitina, Chairman of the NOC Rustam Shaabdurakhmanov. The award for the most active work of the press service on behalf of the Football Association of Uzbekistan was received by the first vice-president of the Football Association, FIFA international referee Ravshan Irmatov.

In the nomination "The most ambitious Federation of the Year", the coveted statuette was received by the Shooting Sports Federation in the person of its chairman Oybek Norinbayev. For his contribution to strengthening international cooperation in the field of sports, the Vice-President of the Olympic Council of Asia Otabek Umarov received his commemorative statuette. And the "Discovery of the Year" according to Uzbekistan Sports Awards-2021 was a young taekwondo athlete (WTF), Olympic champion of Tokyo 2020 Ulugbek Rashitov, who was the first in the history of Uzbek sports to receive a gold medal in taekwondo at the Olympic Games. 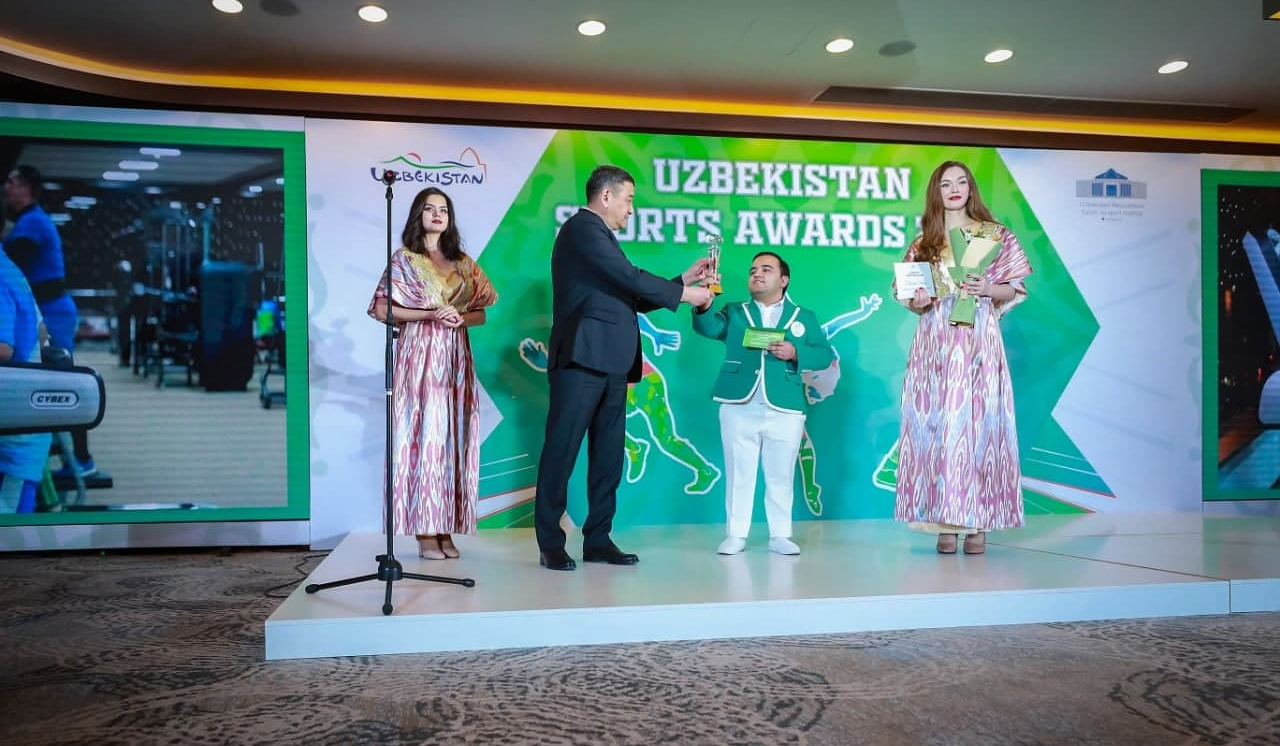 At the end of the award presentation to the nominees of "Uzbekistan Sports Awards-2021", the "Best Athlete of the Year" was announced.

The leader of the popular vote was boxer Bahodir Jalolov, but at the same time, the selection committee of the competition decided to also award weightlifter Akbar Juraev as the second winner. Two winners received a national cup and a prize of $10,000 each. The National Cup was solemnly presented by Deputy Prime Minister - Minister of Tourism and Sports Aziz Abdukhakimov. 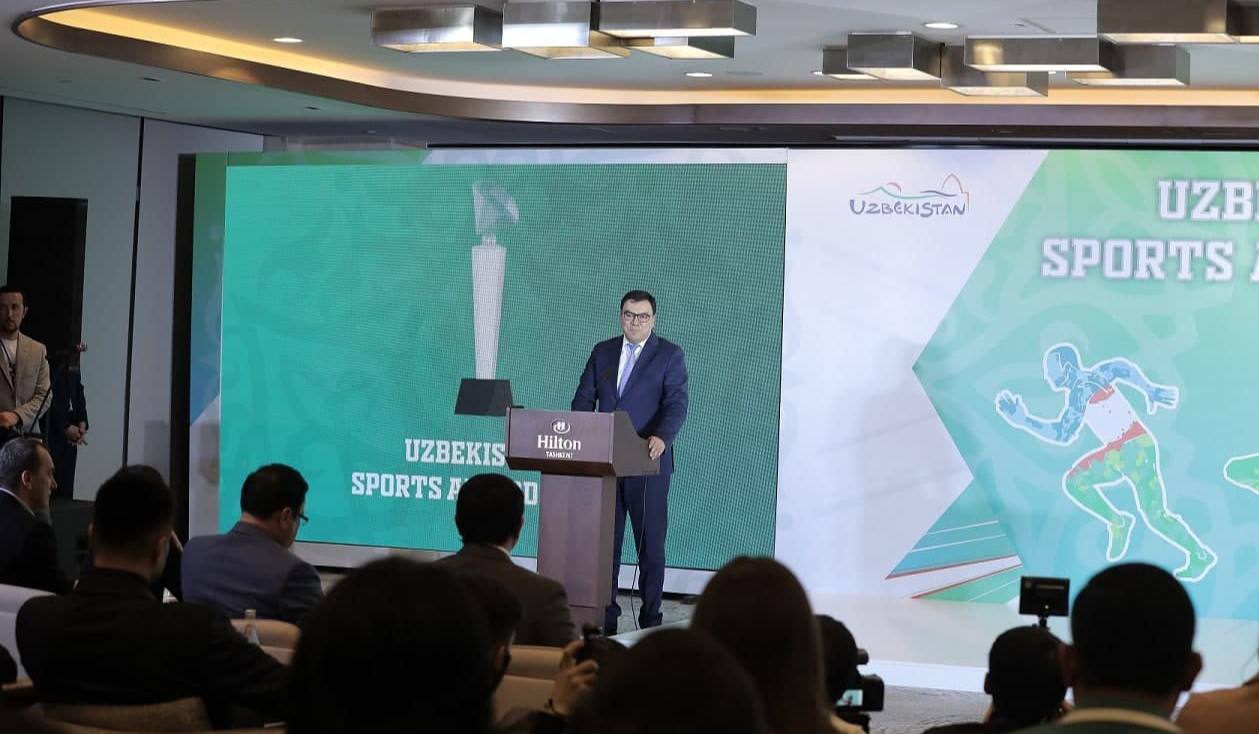 "I want to express my gratitude to the athletes and professionals in their field who are directly related to sports. I hope that this event will serve as a powerful impetus and will give a start to new achievements in the sports field, and will also contribute to the even greater development of sports in Uzbekistan!", Aziz Abdukhakimov said.

At the end of the ceremony, the chairman of the Union of Sports Veterans Bahodir Mahsitov made welcoming remarks and the Minister of Culture, People's Artist of Uzbekistan Ozodbek Nazarbekov made a musical performance.

Electronic copies of rare manuscripts of Imam al-Bukhari and Isa at-Tirmizi stored in the ...

We are against monopoly!

Italian investors plan to expand their activities in Uzbekistan

Weather forecast for May 19

Issues of management of World Heritage sites in Uzbekistan discussed at UNESCO headquarter...

President gets acquainted with a modern shoe factory

The introduction of market mechanisms in the grain industry continues

A new neighborhood is being built in Kasan